Danger Road: A True Crime Story of
Murder and Redemption 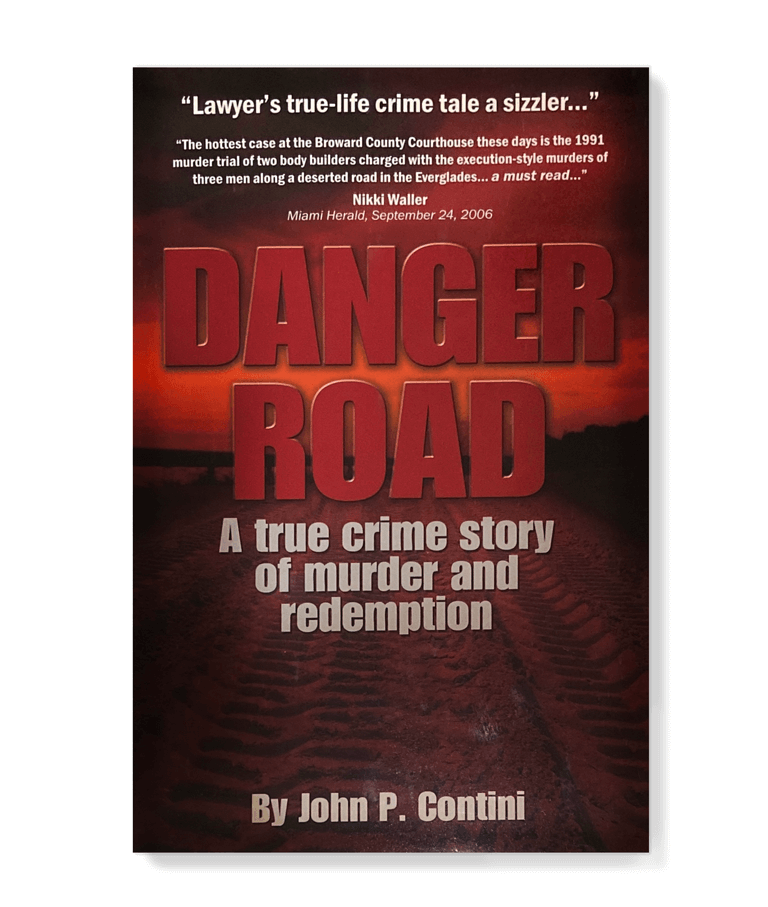 Danger Road: A true crime story of murder and redemption, by criminal defense lawyer and author John P. Contini. Contini was the trial lawyer who defended Gilbert Fernandez, Jr., the former Miami-Dade police officer once named, Miami’s Meanest Cop. Danger Road is the riveting courtroom drama that recreates the true crime story of three drug dealers who were brutally murdered in 1983 on a lonely stretch of dirt road – ironically named Danger Road, in the Florida Everglades.

Danger Road: A true crime story of murder and redemption, recounts Contini’s defense of Gil Fernandez, Jr., a former Miami-Dade cop and “Mr. Florida” bodybuilding champion, kickboxer and black belt karate instructor. The former cop was charged with an execution-style triple murder in 1990 and was also alleged to have been a soldier for the mob in South Florida. As many as eight other members of his own crew of alleged extortionists and bodybuilders were murdered two at a time – with no forensic clues, fueling law enforcement’s theory that the murders “had the signature of a policeman,” and that Fernandez, an ex-cop, was “systematically eliminating witnesses against him.” A year before his indictment and arrest, Fernandez had become a professed born-again Christian, a redemption that soon figures prominently in Contini’s life.
Contini gives readers a unique insider perspective on the mindsets of both a defense attorney in a capital murder case and a defendant who had become a completely different person by the time of his trial. Danger Road also reveals details about the influence of the media on the trial, and the biased judge and prosecutors who were hell-bent to send Fernandez to the chair. By ripping the lid off the behind-the-scenes machinations of our legal system, one of the author's goals was to cause readers to take another look at the way justice is dispensed in our society.